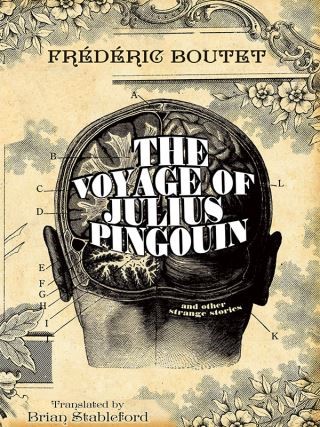 The Voyage of Julius Pingouin and Other Strange Stories

This volume is the second of a set of three showcasing the work of Frédéric Boutet, the other two volumes being The Antisocial Man and Other Strange Stories, and Claude Mercoeur's Reflection and Other Strange Stories. Viewed as an ensemble, these collections illustrate the range and development of Boutet's early work, and provide a few representative samples of its later evolution. Although several stories by Boutet were translated into English in the 1920s, especially in America, they were selected from his later works, when he was mostly writing sentimental stories and crime fiction for popular magazines; no examples of his early work, most of which consisted of offbeat supernatural fiction, have previously been rendered into English. These sixteen tales of horror and fantasy will hopefully serve to introduce the work of a highly distinctive writer of weird and baroque fiction to a new audience.