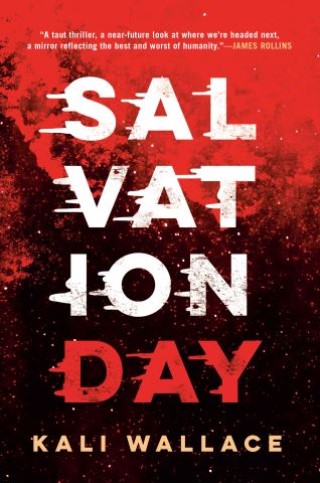 A lethal virus is awoken on an abandoned spaceship in this incredibly fast-paced, claustrophobic thriller.

They thought the ship would be their salvation.

Zahra knew every detail of the plan. House of Wisdom, a massive exploration vessel, had been abandoned by the government of Earth a decade earlier, when a deadly virus broke out and killed everyone on board in a matter of hours. But now it could belong to her people if they were bold enough to take it. All they needed to do was kidnap Jaswinder Bhattacharya—the sole survivor of the tragedy, and the last person whose genetic signature would allow entry to the spaceship.

But what Zahra and her crew could not know was what waited for them on the ship—a terrifying secret buried by the government. A threat to all of humanity that lay sleeping alongside the orbiting dead.

And then they woke it up.

Kali Wallace: Kali Wallace has had a lifelong passion for both science and storytelling, and she earned a PhD in geophysics before becoming an author. Salvation Day is her first novel for adults. She is also the author of two young adult novels, Shallow Graves and The Memory Trees; the children’s fantasy novel City of Islands; and a number of short stories. After spending most of her life in Colorado, she now lives in southern California.