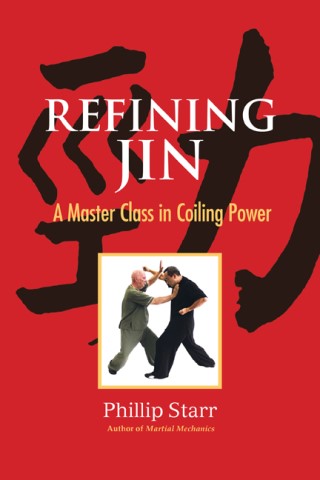 A Master Class in Coiling Power

A kung-fu champion explains the “coiling power” of Jin and how to subtly refine it for a more relaxed but explosive force, which can be used with multiple fighting and martial-arts styles

Adding to the numerous basic exercises from his previous book, Developing Jin, Phillip Starr focuses on more advanced and subtle aspects of emitting the legendary “coiling power.” Starr explains this unique technique with straightforward ease, dozens of detailed photos, and the patience of a master teacher. This book is ideal for students interested in the martial-arts systems of baguazhang, taijiquan, and xingyiquan (or “coiling power”) who want to deepen their understanding and practice.