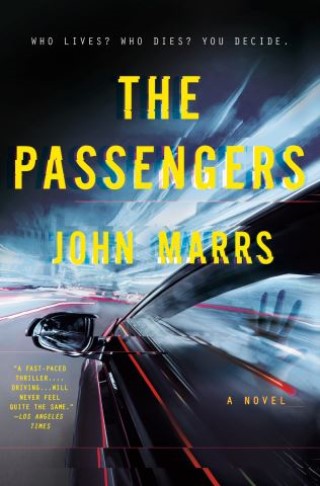 You’re riding in your self-driving car when suddenly the doors lock, the route changes and you have lost all control. Then, a mysterious voice tells you, “You are going to die.”

Just as self-driving cars become the trusted, safer norm, eight people find themselves in this terrifying situation, including a faded TV star, a pregnant young woman, an abused wife fleeing her husband, an undocumented immigrant, a husband and wife, and a suicidal man.

From cameras hidden in their cars, their panic is broadcast to millions of people around the world. But the public will show their true colors when they are asked, "Which of these people should we save?...And who should we kill first?"

John Marrs: John Marrs is the author of The One which is being made into a ten-part Netflix series, as well as The Good Samaritan, Her Last Move, When You Disappeared, and Welcome to Wherever You Are. Until recently, he worked for twenty-five years as a freelance journalist based in London, England, where he interviewed celebrities from the world of television, film, and music for national newspapers and magazines. He has written for publications including the Guardian's Guide and Guardian Online, Total Film, the Huffington Post, Empire, Q, GT, the Independent, S Magazine, and Company. He is now a full-time author.