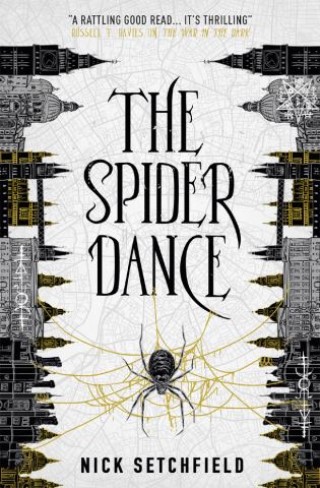 A genre-defying page turner that fuses thriller and speculative fiction with dark fantasy in a hidden world in the heart of Cold War Europe.

THE TRUE COLD WAR IS FOUGHT ON THE BORDERS OF THIS WORLD, AT THE EDGES OF THE LIGHT.

It's 1965 and Christopher Winter is trying to carve a new life, a new identity, beyond his days in British Intelligence. Recruited by London's gangland he now finds himself on the wrong side of the law - and about to discover that the secret service has a way of claiming back its own. Who is the fatally alluring succubus working honeytraps for foreign paymasters? What is the true secret of the Shadowless, a fabled criminal cabal deadlier than the Mafia? And why do both parties covet long- buried caskets said to hold the hearts of kings? Winter must confront the buried knowledge of his own past to survive - but is he ready to embrace the magic that created the darkness waiting there?

Nick Setchfield: Nick Setchfield is a writer and features editor for SFX, Britain's best-selling magazine of genre entertainment in film, TV and books. A regular contributing writer to Total Film, he's also been a movie reviewer for the BBC and a scriptwriter for ITV's Spitting Image. The War in the Dark is his first novel. He lives in Bath.