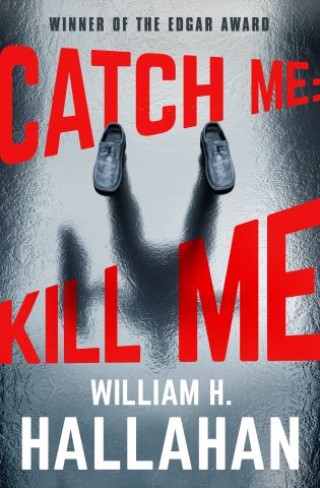 Catch Me: Kill Me

Edgar Award Winner for Best Mystery Novel: “Takes off like a Chinook and whisks you through a labyrinth non-stop until the final sentence” (Clive Cussler).

Russian poet Boris Kotlikoff defected to the United States two years ago. He left with no state secrets; he is no threat to the Soviets in anyway; yet now he has become their prize hostage, buried alive somewhere in New York City.

The US government, on the defensive as always, treads on cat feet. But it does not take into consideration the doggedness of Ben Leary, an agent with Immigration and Naturalization. They also close their eyes to a parallel search by Gus Geller, a hatchet man for the CIA. And the government isn’t even aware of Charlie Brewer, a discredited ex-CIA agent Geller puts in charge of the actual search. Will the vicious infighting among these three in a struggle against time and missed opportunities set up Kotlikoff as a doomed pawn?

William H. Hallahan:
William H. Hallahan (1925–2019) was an Edgar Award–winning American author whose works spanned genres but who was best known for his bestselling mystery and occult novels. His first novel, The Dead of Winter, was nominated for the Edgar Award for Best First Mystery Novel, and his suspense novel, Catch Me: Kill Me, won the Edgar Award for Best Mystery Novel. Hallahan’s occult novel, The Search for Joseph Tully, was a New York Times bestseller and hailed as one of the best books of its genre. For the book opening, mock gravestones that read “Here Lies Joseph Tully” were lined up and down Park Avenue in New York. His other works of fiction include The Ross Forgery, Keeper of the Children, The Trade, The Monk, Foxcatcher, and Tripletrap. His works were translated into many languages and released throughout the world.

Hallahan was born in the shadow of Ebbets Field, Brooklyn; spent three years in the Navy; graduated with honors and a master’s degree from Temple University; and worked variously as a college English professor, a copywriter, and an ad agency proprietor in his own agency, Hallahan Incorporated.