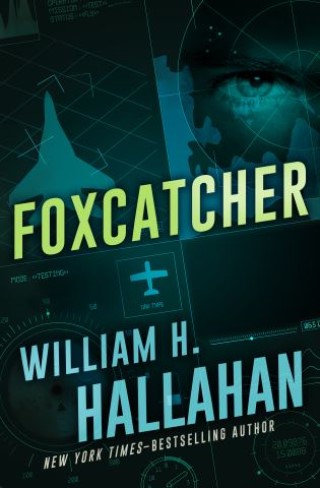 Former CIA agent Charlie Brewer finds himself the bait in a trap set by the United States and Iran. “Best thriller I’ve read in years” (The Washington Post).

Meet Robert McCall, a man sinking deep into the seamy underside of intelligence work, into activities he knows are both illegal and immoral. Now McCall sees a chance to redeem himself by thwarting a daring plot to smuggle America’s most lethal high-tech war material to Iran. It’s a chance he’s ready to kill for.

“Up there with The Day of the Jackal for consistently sustained excitement.” —Gregory McDonald

“The pace is smoothly breakneck, the plot wonderfully intricate and clear, the characters richly diverse. The pleasure of this satisfying thriller is increased by its effective humor and some delicious twists at the end.” —Publishers Weekly

William H. Hallahan:
William H. Hallahan (1925–2019) was an Edgar Award–winning American author whose works spanned genres but who was best known for his bestselling mystery and occult novels. His first novel, The Dead of Winter, was nominated for the Edgar Award for Best First Mystery Novel, and his suspense novel, Catch Me: Kill Me, won the Edgar Award for Best Mystery Novel. Hallahan’s occult novel, The Search for Joseph Tully, was a New York Times bestseller and hailed as one of the best books of its genre. For the book opening, mock gravestones that read “Here Lies Joseph Tully” were lined up and down Park Avenue in New York. His other works of fiction include The Ross Forgery, Keeper of the Children, The Trade, The Monk, Foxcatcher, and Tripletrap. His works were translated into many languages and released throughout the world.

Hallahan was born in the shadow of Ebbets Field, Brooklyn; spent three years in the Navy; graduated with honors and a master’s degree from Temple University; and worked variously as a college English professor, a copywriter, and an ad agency proprietor in his own agency, Hallahan Incorporated.