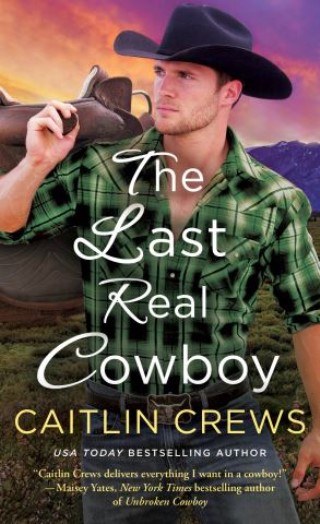 In Cold River, sometimes forbidden love is the sweetest of them all…

Perennial good girl Amanda Kittredge knows that her longtime crush on Brady Everett was never really supposed to go anywhere. But when Brady comes home during Amanda’s first attempt at independence, well, who better to teach her about rebellion than her older brother’s bad-boy best friend?

Brady’s plans did not include being forced to work the family homestead for a year—and yet, here he is. And, to make matters worse, his best friend’s innocent little sister is making a menace of herself in the most grown-up, tempting ways. When Amanda begs Brady to teach her about men, he knows he should refuse. But could Brady’s greatest temptation be his salvation?

“Loaded with charming characters [and] wit….will win the heart of any romance fan.”—Publishers Weekly (starred review) on A True Cowboy Christmas

Caitlin Crews: USA Today bestselling, RITA-nominated, and critically-acclaimed author Caitlin Crews has written over one hundred books, including Harlequin Presents, Harlequin Dare, and Cold River cowboys. She’s won fans with the romance, women’s fiction, chick lit, and work-for-hire young adult novels she’s written as Megan Crane (including the futuristic, dystopian Viking romance Edge series). These days her focus is on contemporary romance in all its forms, from small town heat to international glamor, cowboys to bikers to military men and beyond. She’s taught creative writing classes in places like UCLA Extension’s prestigious Writers’ Program, gives assorted workshops on the writing process, and attempts to make use of the MA and PhD in English Literature she received from the University of York in York, England. She currently lives in the Pacific Northwest with a husband who draws comics and animation storyboards, and their menagerie of ridiculous animals.