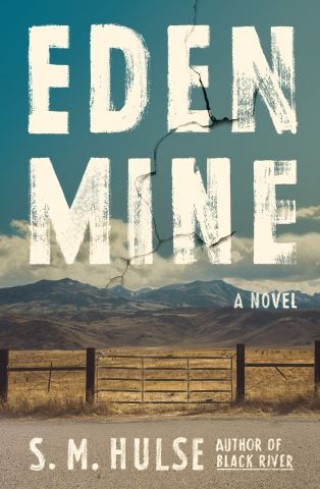 In Eden Mine, the award-winning author of Black River examines the aftershocks of an act of domestic terrorism rooted in a small Montana town on the brink of abandonment, as it tears apart a family, tests the faith of a pastor and the loyalty of a sister, and mines the deep rifts that come when the reach of the government clashes with individual freedom

For generations, the Fabers have lived near Eden Mine, scraping by to keep ahold of their family's piece of Montana. Jo and her brother, Samuel, will be the last. Despite a long battle, their property has been seized by the state through eminent domain?something Samuel deems a government theft.

As Jo packs, she hears news of a bombing. Samuel went off to find work in Wyoming that morning, but soon enough, it's clear that he's not gone but missing, last seen by a security camera near the district courthouse?now a crime scene?in Elk Fork. And the nine-year-old daughter of a pastor at a nearby church lies in critical condition.

Can the person Jo loves and trusts most have done this terrible thing? Can she have missed the signs? The last time their family met violence, Jo lost her ability to walk. Samuel took care of her, outfitted their barn with special rigging so she could still ride their mule. What secrets has he been keeping? As Jo watches the pastor fight for his daughter, watches the authorities hunt down a criminal, she wrestles with an impossible choice: Must she tell them where Samuel might be? Must she choose between loyalty and justice? Between the brother she knows and the man he has become?

A timely story of the tensions splintering families and communities all over this country, S.M. Hulse's Eden Mine is also a steady-eyed gaze into the ideals of the West and the legacies of violence, a moving account of faith in the face of evil, and a heartrending reckoning of the terrible choices we make for the ones we love.

S. M. Hulse: S. M. Hulse’s first novel, Black River, was a finalist for the PEN/Hemingway Award for Debut Fiction, an ABA Indies Introduce title, an Indie Next pick, and the winner of the Reading the West Book Award. Hulse received her MFA from the University of Oregon and was a fiction fellow at the University of Wisconsin–Madison. An avid horsewoman, she has lived throughout the American West.