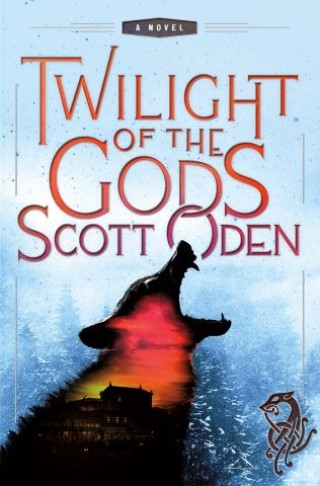 Twilight of the Gods

A Gathering of Ravens was called "satisfying...complex...and a pleasure to read" (Publishers Weekly, starred review). Now, Scott Oden continues the saga of Grimnir in this new epic Viking fantasy novel, Twilight of the Gods.

In A Gathering of Ravens, he fought for vengeance. Now, Grimnir is back to fight for his survival.

It is the year of Our Lord 1218 and in the land of the Raven-Geats, the Old Ways reach deep. And while the Geats pay a tax to the King in the name of the White Christ, their hearts and souls belong to the gods of Ásgarðr. But no man can serve two masters.

Pledging to burn this Norse heresy from the land, famed crusader Konráðr the White leads a host against the Raven-Geats, using torch and sword to bring forth the light of the new religion. But the land of the Raven-Geats has an ancient protector: Grimnir, the last in a long line of monsters left to plague Miðgarðr. And he will stand between the Raven-Geats and their destruction.

Aided by an army of berserkers led by their pale queen, Grimnir sparks off an epic struggle—not only against the crusaders, but against the very Gods. For there is something buried beneath the land of the Raven-Geats that Odin wants, something best left undisturbed. Something the blood of the slain, Christian and pagan, will surely awaken.

Scott Oden: SCOTT ODEN was born in Indiana, but has spent most of his life shuffling between his home in rural North Alabama, a Hobbit hole in Middle-earth, and some sketchy tavern in the Hyborian Age. He is an avid reader of fantasy and ancient history, a collector of swords, and a player of tabletop role-playing games. His previous books include Men of Bronze, Memnon, and The Lion of Cairo. When not writing, he can be found walking his two dogs or doting over his lovely wife, Shannon.