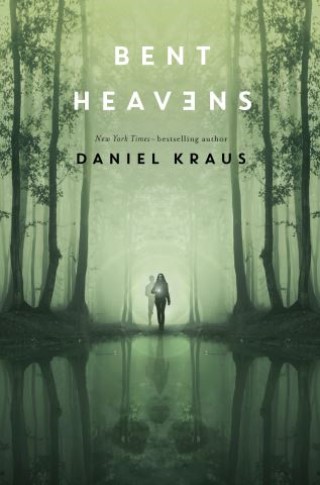 Liv Fleming’s father went missing more than two years ago, not long after he claimed to have been abducted by aliens. Liv has long accepted that he’s dead, though that doesn’t mean she has given up their traditions. Every Sunday, she and her lifelong friend Doug Monk trudge through the woods to check the traps Lee left behind, traps he set to catch the aliens he so desperately believed were after him.

But Liv is done with childhood fantasies. Done pretending she believes her father’s absurd theories. Done going through the motions for Doug’s sake. However, on the very day she chooses to destroy the traps, she discovers in one of them a creature so inhuman it can only be one thing. In that moment, she’s faced with a painful realization: her dad was telling the truth. And no one believed him.

Now, she and Doug have a choice to make. They can turn the alien over to the authorities…or they can take matters into their own hands.

On the heels of the worldwide success of The Shape of Water, Daniel Kraus returns with a horrifying and heartbreaking thriller about the lengths people go to find justice and the painful reality of grief.

“Bent Heavens is the darkest, angriest alien horror story that I've ever encountered. Hell. Yes.”—Stephanie Perkins, New York Times-bestselling author of There's Someone Inside Your House

Daniel Kraus: Daniel Kraus has landed on Entertainment Weekly‘s Top 10 Books of 2015 (The Death and Life of Zebulon Finch) and has won two Odyssey Awards (for Rotters and Scowler). With Guillermo del Toro, he wrote the bestselling The Shape of Water and Trollhunters (the inspiration for the Netflix series). His novels have been Library Guild selections, YALSA Best Fiction for Young Adults picks, Parent’s Choice Gold Award winners, Bram Stoker finalists, and more. He lives in Chicago.