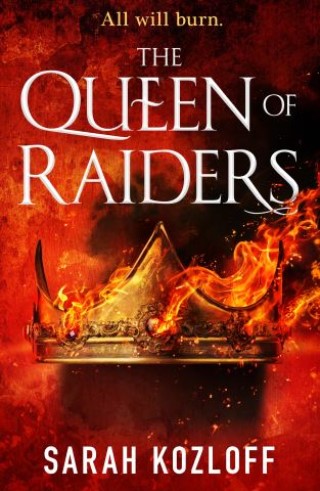 The Queen of Raiders

Sarah Kozloff, author of A Queen in Hiding, continues the breathtaking and cinematic epic fantasy series The Nine Realms with book two, The Queen of Raiders, and all four books will be published within a month of each other, so you can binge your favorite new fantasy series.

The soldiers of Oromondo have invaded the Free States, leaving a wake of misery and death. Thalen, a young scholar, survives and gathers a small cadre of guerilla fighters for a one-way mission into the heart of an enemy land.

Unconsciously guided by the elemental Spirits of Ennea Mon, Cerulia is drawn to the Land of the Fire Mountains to join Thelan's Raiders, where she will learn the price of war.

Sarah Kozloff: SARAH KOZLOFF, the author of A Queen in Hiding, holds an endowed chair as a professor of film history at Vassar College. She worked in the film industry in both television and film before becoming a professor.