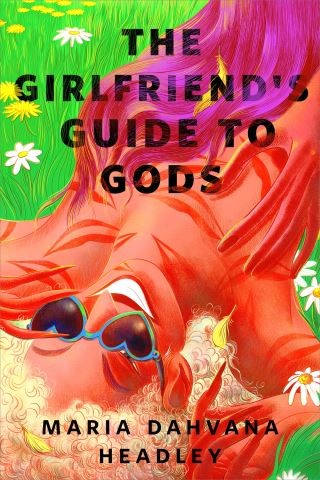 The Girlfriend's Guide to Gods

Gods won’t save you. Gods will break you. Nevertheless, you will persist. And become anew.

This is the first myth: that your boyfriend from when you were fifteen will come and get you out of hell. He might come, but he won’t get you.

Maria Dahvana Headley: Maria Dahvana Headley is a #1 New York Times-bestselling author and editor of seven books in a variety of genres, including The Mere Wife (2018) a contemporary retelling of Beowulf. Magonia and Aerie (HarperCollins) are young adult adventure novels set in an imaginary sky kingdom, and she co-edited Unnatural Creatures, a monster story anthology, with Neil Gaiman. Her work has been nominated for The Simpson/Joyce Carol Oates Prize, The World Fantasy Award, the Nebula Award, The Shirley Jackson Award, and The Otherwise Award (formerly the Tiptree), among others. Her nonfiction and cultural critique has been seen everywhere from The Daily Beast to the New York Times. In addition to her career as a writer, she's been a pirate negotiator, a corset maker, and a bartender at the Threesome Tollbooth, a bar built for exactly two guests and one cocktail expert, in a tiny Brooklyn closet. Her work has been supported by The MacDowell Colony, and several remote Italian island airbnbs.