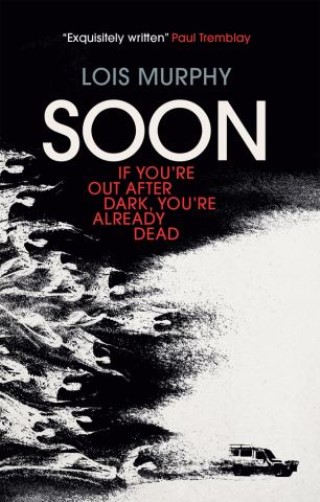 A gripping literary horror novel about the death of a haunted town, for fans of Richard Matheson. Winner of the Aurealis Best Horror 2017.

On winter solstice, the birds disappeared, and the mist arrived.

The inhabitants of Nebulah quickly learn not to venture out after dark. But it is hard to stay indoors: cabin fever sets in,
and the mist can be beguiling, too.

Eventually only six remain. Like the rest of the townspeople, Pete has nowhere else to go. After he rescues a stranded psychic from a terrible fate, he's given a warning: he will be dead by solstice unless he leaves town - soon.

Lois Murphy: Lois Murphy has won a handful of prizes for her writing, including the Northern Territory Literary Award and the Sisters in Crime Best New Talent Prize. The majority of Soon, her first novel, was written while living in a caravan park in Carnarvon. Lois currently lives in Melbourne, Victoria.