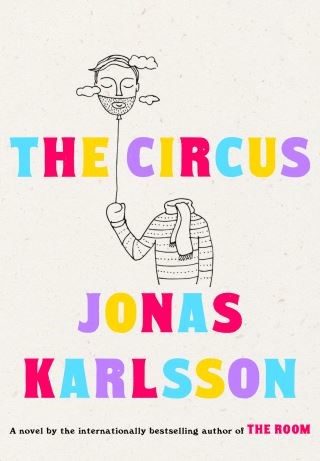 A real-life vanishing act leaves one man looking for his missing friend in this Kafkaesque new novel from the author of The Room and The Invoice.

NAMED ONE OF THE MOST ANTICIPATED BOOKS OF 2020 BY The New York Times • BookRiot • The A.V. Club • Gizmodo

The gentle, off-beat narrator of The Circus is perfectly content with his quiet life. By day he works in a bakery, and by night he obsessively organizes and reorganizes his record collection: it’s all just the way he likes it. But when his childhood friend Magnus comes calling out of the blue, the contours of our narrator’s familiar world begin to shift. On a visit to the circus together, Magnus volunteers to participate in the magician’s disappearing act, and midway through the routine he vanishes. Is this part of the act? What’s happened to Magnus? And who is it calling on the phone in the dead of night, breathing into the receiver, but never saying a word?

Smart, sharply unsettling, and with its sleight of hand exquisitely kept, The Circus is a funhouse mirror of a read—one that ingeniously reveals the way we see ourselves and the stories we tell.

Jonas Karlsson: Jonas Karlsson is the author of The Room and The Invoice. One of Sweden's most prominent actors, Karlsson has performed on Sweden's premier stage and in several acclaimed feature films and television series. In 2005, Karlsson made his debut as a playwright, earning rave reviews from audiences and critics alike. Spurred by the joy of writing for the stage, Karlsson began writing fiction.