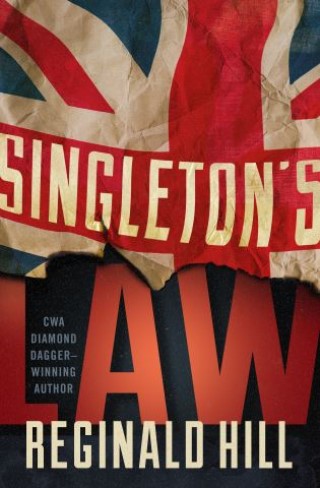 England has become an isolated wasteland ruled over by football hooligans in a thriller that “makes Clockwork Orange seem a gentle fantasy” (Time Out).

The British Parliament has been dissolved. Now the nation is divided among four soccer clubs: City, United, Wanderers, and Athletic, constantly and violently at odds with one another. And the United Kingdom is on its own, alienated from the rest of Europe.

Expatriate journalist Whitey Singleton escaped safely to America, and has been an outspoken critic of the tactics of the Club managers ever since. The last place he wants to be is back in London. But now his plane has been hijacked and diverted to Heathrow, and he finds himself at the mercy of this brutal regime—and drawn into a terrifying web of political intrigue that is about to explode at Wembley Stadium, in this chillingly suspenseful political parable by a winner of the prestigious Diamond Dagger.