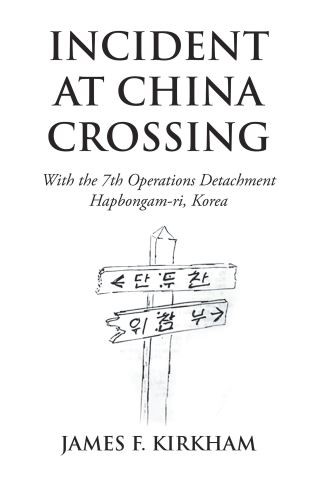 This is a memoire of an enlisted man’s service - my service for thirteen months, October 1957 through November 1958, in a small Counterintelligence Corps unit, The 7th Operations Detachment, at the tiny village of Hapbongam-ri, in Korea right near the DMZ – us on one side, them on the other. This memoir is written many decades after the fact, and without the benefit of notes or research - just well faded memory. Dates, places, the precise words of conversations - none of these is guaranteed. Furthermore, where memory failed or the remembered facts were ambiguous, I did not hesitate to fill gaps with what likely must, or at least, should have happened. Accordingly, I have changed all the names but my own, lest an ex compatriot complain of inaccuracy, and the Publisher, wisely and appropriately, labeled this a work of fiction, not a memoire, in fact. Fiction – yes, I agree: No doubt my account is inaccurate in a merely factual sense. It is, however, meticulously accurate in reflecting my memory - of strange sights, smells and customs, of fellow citizen-soldiers coping with lonely service in a distant dangerous land, and above all, toward the end of my tour in that fateful thirteenth month, of being scared to death that I would be shot and killed. The why of that latter is the heart of this tale. My purpose in spending another thirteen months to write this inaccurate memoir was not to catalogue facts, but to convey now, a sense of what it was like then, doing service in the 1950's on a distant and uneasy frontier, as once the citizen Legionnaire served under the Imperial Eagles on the banks of the Rhine, far away from hearth and Rome.