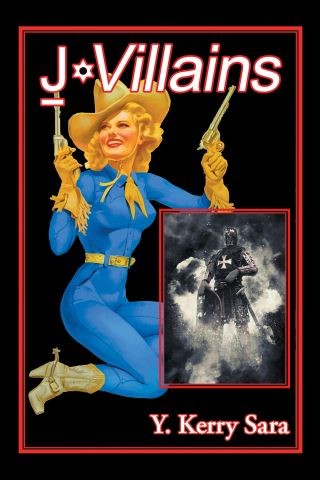 J-Villains is the debut novel from writer Y. Kerry Sara. Written in epistolary form, J-Villains is the story of Shibel Assad - an immigrant graduate exchange college student from Iraqi-Kurdistan attending Journalism school in Manhattan. Shibel’s roommate is Constantin Stoian, a naturalized American citizen originally from Romania. He is a former U.S. Army officer and a right-wing militarist who supports Donald Trump during the final months of the 2016 American presidential campaign and the aftermath of the election in 2017. Both Shibel and Constantin consider themselves enemies of Islamic Jihadism, and critics of the American Judeo-Christian tradition. But Constantin, who also works as a college professor, hides some terrifying secrets that will eventually threaten the physical safety and mental sanity of anyone who is near him. J-Villains is a story about the true value of family, modern media, consumer culture, the roots of American culture, and the power of self-expression.