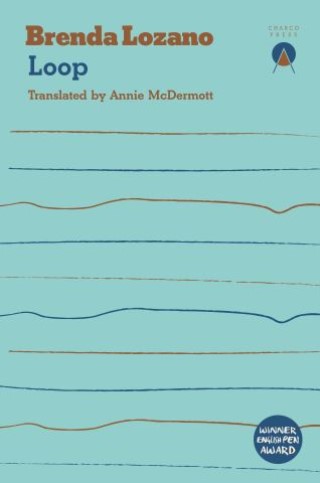 Winner PEN Translates Award (UK) I’m in the waiting area. They’ve just announced that the flight’s delayed. This situation is also the shortest possible summary of this story… Recovering from an unspecified accident, the narrator of Loop finds herself in waiting rooms of different kinds: airport departure lounges, doctors’ surgeries, and above all at home, awaiting the return of her boyfriend, who has travelled to Spain following the death of his mother. Loop is a love story told from the perspective of a contemporary Penelope who, instead of weaving and unravelling her shroud, writes and erases her thoughts in her ‘ideal’ notebook. At once, funny and thought-provoking, her thoughts range from her stationery preferences to the different scales on which life is lived, while a cast of unlikely characters cross the page, from Proust to a mysteri- ous dwarf, from a dreamy cat to David Bowie singing ‘Wild is the Wind’. Written in an assured, irreverent style, Loop is the journal of an absence, one in which the most minute or whimsical observations open up universes. Combining aphoristic fragments with introspective narrative, and evoking Italo Calvino and Fernando Pessoa in its playfulness and wry humour, this original reflection on relationships, solitude and the purpose of writing offers a glimpse of contemporary life in Mexico City, while asking what it really means to find our place in the world.