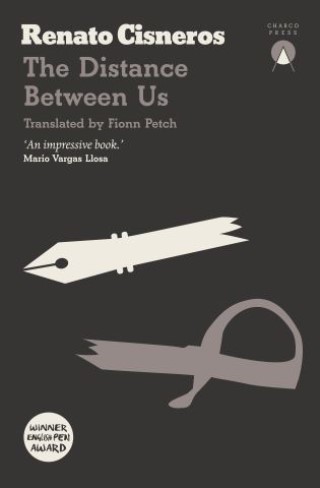 The Distance Between Us

‘This is an impressive book. In writing it the author demonstrates great talent, as well as great courage.’  —Mario Vargas Llosa

If I succeed in understanding who he was before I was born, perhaps I will be able to understand who I am now that he is dead…

In this sprawling family saga stretching across Latin America, a son embarks on a journey to understand his complex relationship with his father and how it shaped the man he is today. Recalling Gabriel García Márquez’s One Hundred Years of Solitude and Isabel Allende’s House of the Spirits, the renowned journalist and writer Renato Cisneros probes deep into his own family history to try to come to terms with his father, General Luis Federico ‘The Gaucho’ Cisneros, a leading, controversial figure in the oppressive military regime that held power in Peru during the 1970s and 1980s, a tortuous period marked by state-sanctioned terrorism and the rise of the Shining Path.

Selling over 35,000 copies in Peru alone, The Distance Between Us is at once excruciating in its honesty and deeply moving in its universal relevance. Selected for a slew of international prizes, it is now available in English for the first time.