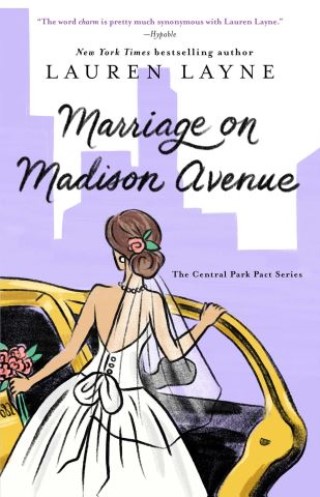 “The word charm is pretty much synonymous with Lauren Layne.” —Hypable

Can guys and girls ever be just friends? According to Audrey Tate and Clarke West, absolutely. After all, they’ve been best friends since childhood without a single romantic entanglement. Clarke is the charming playboy Audrey can always count on, and he knows that the ever-loyal Audrey will never not play along with his strategy for dodging his matchmaking mother—announcing he’s already engaged…to Audrey.

But what starts out as a playful game between two best friends turns into something infinitely more complicated, as just-for-show kisses begin to stir up forbidden feelings. As the faux wedding date looms closer, Audrey and Clarke realize that they can never go back to the way things were, but deep down, do they really want to?

Lauren Layne: Lauren Layne is the New York Times and USA TODAY bestselling author of more than two dozen romantic comedies. Her books have sold over a million copies in nine languages. Lauren’s work has been featured in Publishers Weekly, Glamour, The Wall Street Journal, and Inside Edition. She is based in New York City.