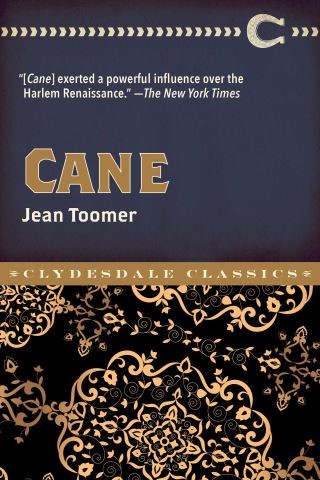 Cane is a collection of short stories, poems, and dramas, written by Harlem Renaissance author Jean Toomer in 1923. The stories focus around African-American culture in both the North and the South during times when racism and Jim Crow laws still abounded. Vignettes of the lives of various African-American characters tell what it was like to live both in the rural areas of Georgia and the urban streets of the northern cities.

The book was heralded as an influential part of the Harlem Renaissance and, at the time, influenced artists of every background. Authors, dramatists, and even jazz musicians could find influence and inspiration in the pages of Cane’s work. Both Zora Neale Hurston and Langston Hughes themselves visited Sparta, Georgia, after reading Toomer’s work.

Unfortunately, the white public did not react well to Cane, and the sales dropped. The book did not become revered as the classic work it is today until the Civil Rights Movement in the 1960s. Now you can read this new edition of what is considered one of the best works of the Harlem Renaissance.

Jean Toomer: Jean Toomer started his career as a teacher in Sparta, Georgia, before becoming a lecturer and writer. He wrote extensively for the Dial and other magazines, as well as wrote numerous plays. After the downfall of his book Cane (1923), Toomer attended the Gurdjieff Institute in France and became a teacher of meditation. Though he is now known as one of the most prolific authors of the Harlem Renaissance, Toomer—like most famous artists—was not well-known or praised until after his death in 1967.