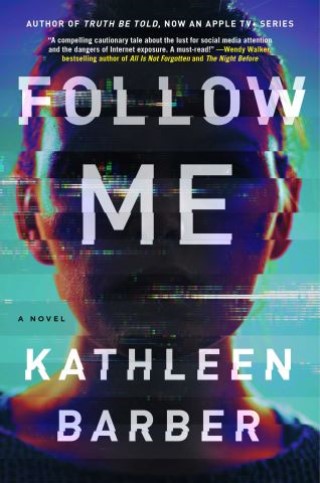 From the author of Truth Be Told (formerly titled Are You Sleeping)—now an Apple TV series of the same name—comes a cautionary tale of oversharing in the social media age for fans of Jessica Knoll and Caroline Kepnes’s You.

Audrey Miller has an enviable new job at the Smithsonian, a body by reformer Pilates, an apartment door with a broken lock, and hundreds of thousands of Instagram followers to bear witness to it all. Having just moved to Washington, DC, Audrey busies herself impressing her new boss, interacting with her online fan base, and staving off a creepy upstairs neighbor with the help of the only two people she knows in town: an ex-boyfriend she can’t stay away from and a sorority sister with a high-powered job and a mysterious past.

But Audrey’s faulty door may be the least of her security concerns. Unbeknownst to her, her move has brought her within striking distance of someone who’s obsessively followed her social media presence for years—from her first WordPress blog to her most recent Instagram Story. No longer content to simply follow her carefully curated life from a distance, he consults the dark web for advice on how to make Audrey his and his alone. In his quest to win her heart, nothing is off-limits—and nothing is private.

With “compelling, suspenseful” (Liz Nugent) prose, Kathleen Barber’s electrifying new thriller will have you scrambling to cover your webcam and digital footprints.

Kathleen Barber: Kathleen Barber’s first novel, Truth Be Told (formerly titled Are You Sleeping), has been adapted for television by Reese Witherspoon’s Hello Sunshine. Kathleen was raised in Galesburg, Illinois, and is a graduate of the University of Illinois and Northwestern University School of Law. She lives in Washington, DC, with her husband and son. Follow Me is her second novel.