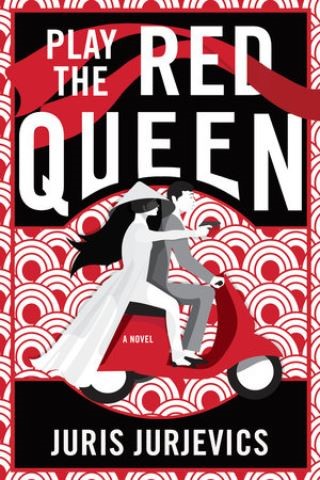 Viet Nam, 1963. A female Viet Cong assassin is trawling the boulevards of Saigon, catching US Army officers off-guard with a single pistol shot, then riding off on the back of a scooter. Although the US military is not officially in combat, sixteen thousand American servicemen are stationed in Viet Nam “advising” the military and government. Among them are Ellsworth Miser and Clovis Robeson, two army investigators who have been tasked with tracking down the daring killer.

Set in the besieged capital of a new nation on the eve of the coup that would bring down the Diem regime and launch the Americans into the Viet Nam War, Play the Red Queen is Juris Jurjevics’s capstone contribution to a lifelong literary legacy: a tour-de-force mystery-cum-social history, breathtakingly atmospheric and heartbreakingly alive with the laws and lawlessness of war.

Juris Jurjevics: Juris Jurjevics (1943-2018) was born in Latvia and grew up in Displaced Persons camps in Germany before emigrating to the United States. He served in Vietnam for fourteen months, nine days, and two hours, his original departure date delayed by the Tet Offensive. He wrote two other novels, Red Flags and The Trudeau Vector, which was published in ten other countries. Publisher and co-founder of Soho Press, Jurjevics worked for decades in the book industry.