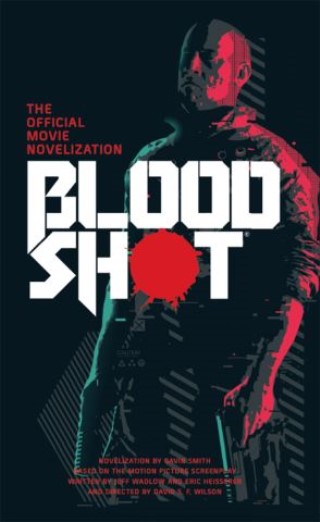 The official novelization to the hotly anticipated movie, Bloodshot, based on the bestselling Valiant comic series and starring Vin Diesel, Guy Pearce, Sam Heughan, and Eiza Gonzalez, and directed by Dave Wilson.

BEING A HERO IS IN HIS BLOOD.

After he and his wife are murdered, Marine Ray Garrison is resurrected by a secret team of scientists. Enhanced with nanotechnology, he becomes a superhuman, biotech killing machine - "Bloodshot" - without any memory of his previous life.

But some things can't stay buried, and Ray refuses to back down when his memories begin to surface. Haunted by the face of his family's killer, he will stop at nothing to take his revenge. And discovers a conspiracy going deeper than he could have possibly imagined...

Gavin G. Smith: Gavin Smith is the Dundee-born author of the hard-edged, action-packed SF novels Veteran, War in Heaven, Age of Scorpio and A Quantum Mythology, as well as the short story collection Crysis Escalation. He has collaborated with Stephen Deas as the composite personality Gavin Deas and co-written Elite: Wanted, and the shared world series Empires: Infiltration and Empires: Extraction.