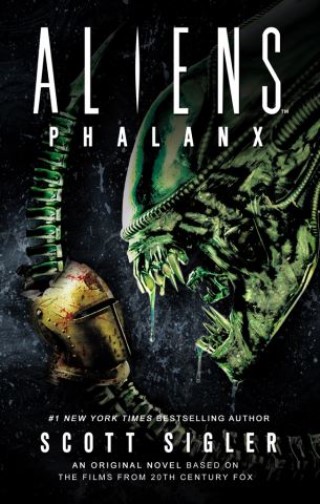 The #1 New York Times best-selling author of Infected delivers medieval carnage as a pre-industrial society fights extinction at the hands of a massive infestation of Xenomorphs.

Ataegina was an isolated world of medieval castles, varied cultures, and conquests, vibrant until the demons rose and spread relentless destruction. Swarms of lethal creatures with black husks, murderous claws, barbed tails and dreaded "tooth-tongues" raged through the lowlands, killing ninety percent of the planet's population. Terrified survivors fled to hidden mountain keeps where they eke out a meager existence. When a trio of young warriors discovers a new weapon, they see a chance to end this curse. To save humanity, the trio must fight their way to the tunnels of Black Smoke Mountain--the lair of the mythical Demon Mother.

Scott Sigler: Scott Sigler is the #1 New York Times best-selling author of sixteen novels, six novellas and dozens of short stories. He serializes his fiction in a weekly podcast, with more than 40 million epsiodes downloaded. He is co-founder of Empty Set Entertainment, which publishes his Galactic Football League series. He lives in San Diego, CA, with his wee dog Reesie.