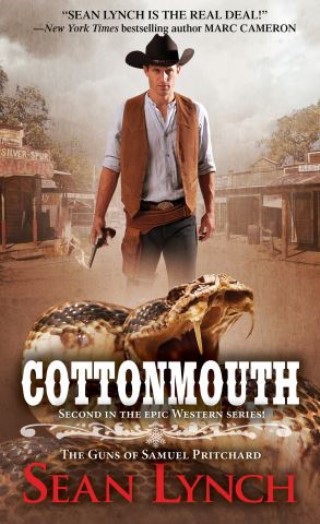 A legendary gunfighter can never outrun the ghosts of his past. But he can outshoot them. Acclaimed author Sean Lynch’s epic saga of Samuel Pritchard continues—with a venegance . . .

1874. After losing his innocence in the Civil War and risking his life as a Texas Ranger, Samuel Pritchard has finally settled into a peaceful life in his hometown of Atherton, Missouri. As marshall, he hopes to put his bloody past behind him. To see his sister marry his lifelong friend. To find a wife and raise a family. For the first time in his life, Pritchard isn’t gunning for anyone—and no one is gunning for him. Or so he thinks. Strangers have arrived in Atherton. Hard-eyed men with guns. Someone has placed a bounty on Pritchard’s head: $10,000 in gold, deposited anonymously in a Wells Fargo bank, payable to anyone who puts the legendary pistolero in a pine box. . . .

This is the story of Samuel Pritchard. A small-town sheriff with a larger-than-life reputation, lightning-fast guns, and a long list of enemies who’d love to see him dead. . . .

“A riveting thriller that bristles with hard-boiled authenticity.”
—Bestselling author Mark Greaney on Thy Partner’s Wife

“Sean Lynch spins a tale that is fast, fun and realistic.”
—Bestselling author James O. Born on Like Hell