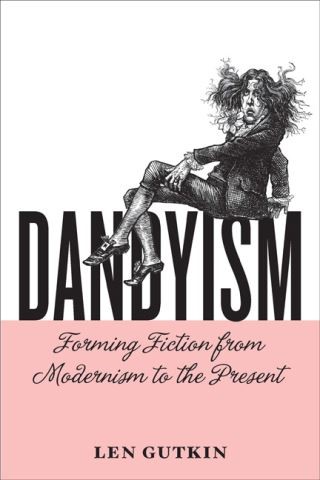 Forming Fiction from Modernism to the Present

The "dandy," a nineteenth-century character and concept exemplified in such works as Wilde’s The Picture of Dorian Gray, reverberates in surprising corners of twentieth- and twenty-first-century culture. Establishing this character as a kind of shorthand for a diverse range of traits and tendencies, including gentlemanliness, rebelliousness, androgyny, aristocratic pretension, theatricality, and extravagance, Len Gutkin traces Victorian aesthetic precedents in the work of the modernist avant-garde, the noir novel, Beatnik experimentalism, and the postmodern thriller.

As defined in the period between the fin de siècle and modernism, dandyism was inextricable from representations of queerness. But, rinsed of its suspect associations with the effeminate, dandyism would exert influence over such macho authors as Hemingway and Chandler, who harnessed its decadent energy. Dandyism, Gutkin argues, is a species of gendered charisma. The performative masquerade of Wilde’s decadent dandy is an ancestor to both the gender performance at work in American cowboy lore and the precious self-presentation of twenty-first-century hipsters. We cannot understand modernism and postmodernism’s negotiation of gender, aesthetic abstraction, or the culture of celebrity without the dandy.

Analyzing the characteristic focus on costume, consumption, and the well-turned phrase in readings of figures ranging from Wyndham Lewis, Djuna Barnes, and William Burroughs to Patricia Highsmith, Bret Easton Ellis, and Ben Lerner, Dandyism reveals the Victorian dandy’s legacy across the twentieth century, providing a revisionist history of the relationship between Victorian aesthetics and twentieth-century literature.