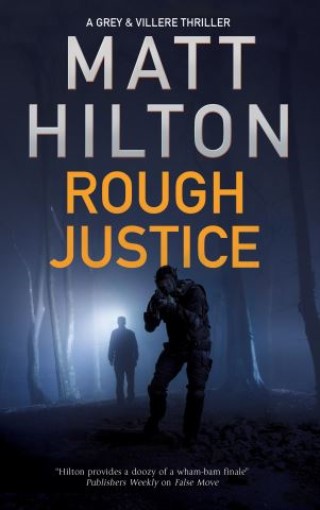 Tess Grey is tasked with investigating a plane crash in the Great North Woods after rumors surface of a survivor… but she and her partner Po aren’t the only ones heading there.

Three field biologists are distracted from their studies when a plane crashes in the Great North Woods. They find two pilots dead only to be confronted by a female survivor. Once they call the authorities, they claim they found only the pilots.

Private Investigator Tess Grey is hired by an insurance firm to investigate rumors another person was aboard the downed plane. She sets off into the woods with her partner Po Villere and friend Jerome ‘Pinky’ Leclerc in order to search the crash site and interview the biologists.

But they aren’t the only ones heading into the woods. There are also teams of mercenaries investigating the crash and killers hunting Pinky to claim a bounty that has been placed on his head. Can Tess get to the bottom of what happened at the crash site while they’re also being hunted?