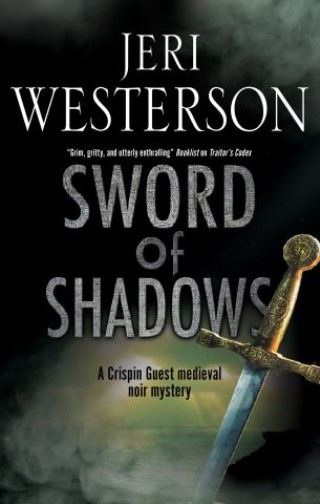 A quest to find the ancient sword Excalibur quickly turns into a hunt for a determined killer for Crispin Guest.

London, 1396. A trip to the swordsmith shop for Crispin Guest, Tracker of London, and his apprentice Jack Tucker takes an unexpected turn when Crispin crosses paths with Carantok Teague, a Cornish treasure hunter. Carantok has a map he is convinced will lead him to the sword of Excalibur – a magnificent relic dating back to King Arthur and the Knights of the Round Table – and he wants Crispin to help him find it.

Travelling to Tintagel Castle in Cornwall with Carantok and Jack, Crispin is soon reunited with an old flame as he attempts to locate the legendary sword. But does Excalibur really exist, or is he on an impossible quest? When a body is discovered, Crispin’s search for treasure suddenly turns into a hunt for a dangerous killer.