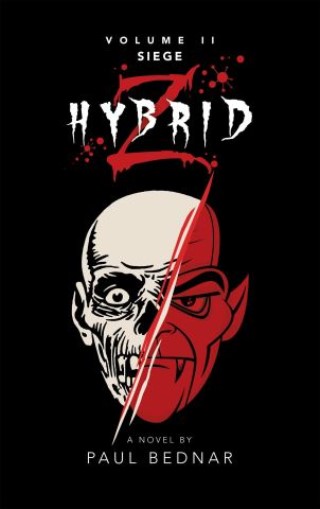 In 1906, Edward Keane traveled across the Atlantic Ocean when he met a mysterious woman named Tindra. By the time the voyage was over, she had seduced him and changed him into a vampire, damning him forever. With her as his mentor and lover, Edward adapted to living a vampire’s life of feeding and murder while still trying to blend in as a human businessman. After Tindra is taken by an evil, ancient vampire known as Boris Dalca, Edward’s crushing guilt and a distaste for killing humans increased. Eventually, he fed only from willing and human companions and continued his other life as a wealthy and mysterious publishing magnate. The illustrious Ghost team led by Captain Jack “The Rip” Taylor have been eliminating zombies infected by the Necro virus since the beginning of the US Afghanistan war. They had finally eliminated the last of the undead… except for one dead child called Zboy who was very different than the rest of the zombies. Jack returns to USAMRIID with the dead boy and begins his new career as security chief at the Necro virus research facility where he falls for Karen Heeler, the civilian leader of the Necro scientists and Daughter-in-law of Colonel Joseph Wagner in charge of the facility. These two worlds collide when Boris Dalca returns and forces Edward to assist in a raid to steal the Necro virus. During the raid, Edward is infected by the virus and Dalca escapes with Zboy and Karen Heeler. Edward survives the infection but becomes a creature that is half-vampire and half-zombie… a Hybrid Z. Although transformed into a new being, Edward joins forces with Jack, the Ghost team and a secret cadre of demon hunters. Together they attempt to kill the ancient vampire, rescue Karen and stop a zombie apocalypse.