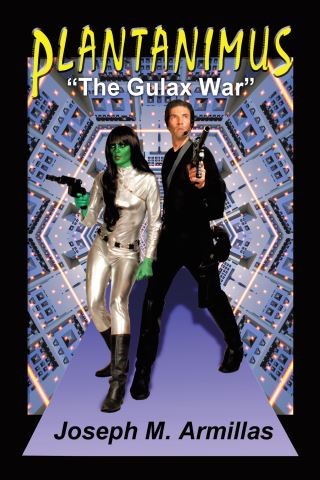 The third book in the Plantanimus Pentalogy tells the story of Alexei Rogeston, a descendant of the legendary psychic and genius, Kelem Rogeston. Alexei is a military commander fighting for the Human-Tarsian alliance against the Gulax, an alien reptile species intent on conquering the galaxy. Alexei discovers plot to undermine the Alliance and joins forces with the beautiful and exotic Princess Kani, daughter of King Velmador, ruler of the Tarsian Empire. The long drawn thirty-year war is not going well for the Alliance and Alexei and Kani fight against spies, cultural prejudice and the Gulax, eventually succeeding in bringing the war to an end. Unbeknownst to them after the war, destiny has more surprises for them when the Kren, a peaceful insect-like species rescue them from a near fatal spaceship wreck and take them to meet Kelem Rogeston, his mate Anima and the Dreamers, the sentient psychic plants that helped Kelem Rogeston liberate Mars from the tyranny of The Phalanx 186 years before as told in book II “Return to Mars”.