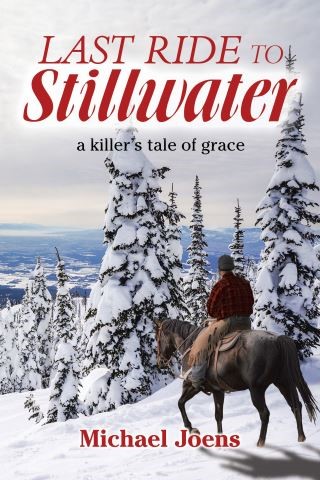 A Killer’s Tale of Grace

“Last Ride to Stillwater” begins with a killer named Jimmy Bigelow who, fleeing the authorities in the mountains of western Montana, will stop at nothing, including killing those in his path, to escape the hangman’s noose awaiting him in Deer Lodge. It is late October, 1946. A former U.S. soldier who fought in Patton’s 7th Army in Sicily, he escapes into the Wilderness areas of the Flathead National Forest, armed with a hunting outfitter’s stolen guns, food, and a chestnut mare. A manhunt led by seasoned Sheriff Buck Sawtell, a gruff and bone-weary peace officer, and his two deputies, pursues the killer into the magnificently forbidding mountains of the Flathead Range. To make the sheriff’s job more difficult, Jimmy is aided by his own backwoodsman’s cunning, and by untimely snowfalls that mask his trail. Jimmy flees the mountains, steals a vehicle and makes his way cross-state toward an army buddy’s ranch in Wyoming. The narrative follows his pain-filled escape, a flight which moves inexorably to a climactic end in the river town of Stillwater, to a white clapboard church and a pastor who gains a clearer understanding of the unfathomable grace of God.