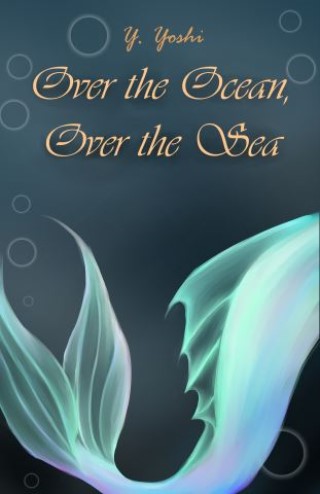 Over the Ocean, Over the Sea

After a storm sinks his ship, the laconic pirate Imai finds himself stranded alone, far from home, on an abandoned island.
Or so he'd thought until the mysterious yet alluring denizen of this island appears before him: a vision of high cheekbones, dark catlike eyes that speak of grief, long hair black as an island night and enticing hips.
But... Male.
This evasive being, Sakurai, brings with him more questions than answers:
Where did he come from, when there is nobody else here?
And what does he really want?
Why does Sakurai know how to read the currents expertly and fish, but appears to have never seen a compass before nor tried to find his way away from this place until Imai found him?

And... As time passes, another question reveals itself to Imai:
What does he himself want now?
For as he lies under the stars with Sakurai's slender body nestled next to him in the moonlight, stroking the man's cheeks that are still damp with fresh tears, Imai finds that he isn't so sure that he can leave just yet...