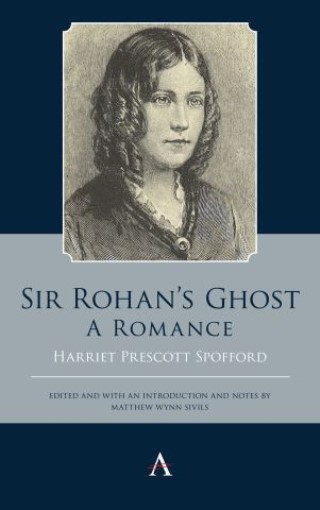 Originally published in 1860, the formative Gothic novel ‘Sir Rohan’s Ghost’ by Harriet Prescott Spofford (1835–1921), one of nineteenth-century America’s most significant woman writers, relates the tale of a tormented British aristocrat who struggles to retain his sanity while suffering horrifying visitations from the spectre of his dead lover amid the agonies of an already fragile mind. Setting her tale in the enigmatic Sir Rohan’s beautiful-yet-decaying estate, Spofford immerses readers in a ghost story that marries lush imagery with an atmosphere of impending, mysterious doom. Upon its initial publication, a reviewer writing for ‘The Baltimore Sun’ deemed ‘Sir Rohan’s Ghost’ as ‘a strange, weird production, fascinating and exciting […] A work of genius and not without moral significance’. Dating from a time when women writers like Spofford were increasingly making their voices heard by reshaping the character of popular American literature, ‘Sir Rohan’s Ghost’ remains to this day an engaging and important work of Gothic fiction.