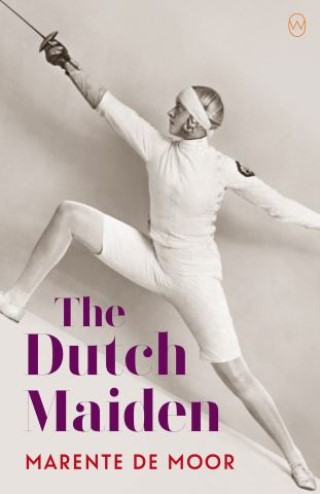 Winner of the European Union Prize in Literature

"Addictive (...) Janna’s plight is that of Jane Eyre and the narrator of du Maurier’s “Rebecca.” She is a young woman who falls in love with an older man so damaged he cannot possibly be good for her. Fencing and love. Battle and desire. The combination transforms Janna’s attempts at love into a match of skill, a game that leaves one bloody and scarred, giving the novel a cruel beauty. (...) One of the most delicious novels I've read in ages" Danielle Trussoni for the New York Times Book Review

Germany, 1936. Nazism is taking hold. Janna, a young Dutch girl, has been sent to the embittered aristocrat Egon von Bötticher to train as a fencer. Bötticher is as eccentric as his training methods, yet the pupil soon finds herself falling for her master—a man tormented by a wartime past in which Janna’s father is implicated.

Marente de Moor worked as a correspondent in Saint Petersburg for many years and wrote a book based on her experiences. The Dutch Maiden sold over 70,000 copies in the Netherlands and was awarded the prestigious AKO Literature Prize along with the European Union Prize for Literature. Her work has been translated into ten languages.